The Manor Restaurant At Nederburg

Flavours to match the award-winning range of Nederburg wines

Don’t miss out on a visit to Nederburg’s beautifully revamped restaurant, The Manor, in Paarl, where the emphasis is on authentic, nostalgic food experiences featuring simple yet hearty dishes with a touch of heritage.

Generous picnics for relaxed enjoyment in the sprawling garden are also on offer, as are breakfasts, light lunches and superb cheese and charcuterie platters. Sunday lunches are served family-style to the table, perfect for sharing.

Special themed dinners take place on the last Saturday of the month.

Get in touch with the The Manor’s friendly team to make your reservation.  Pre-booking is essential in most instances. 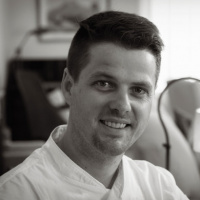 Simplicity is the name of the game, according to Nederburg’s new chef, Jerry Kennedy, who takes his cue from nature’s fresh bounty. “It’s the simplicity in food that captures my full attention,” he says. “I prepare dishes using top-quality locally-sourced fresh produce as far as possible, always trying to understand the ingredient I’m working within its most basic and simple form. For me, it’s all about creating simple but memorable food experiences.”

Energetic with an innate habit of getting things done, Jerry is a great believer in the natural goodness of farm life. He also nurtures a great passion for nostalgic food – something that might have to do with some of his earliest food memories. “I found myself involved in the kitchen alongside my mother from a young age, as a way of earning pocket money. It soon became more than just that. I learned how to create enjoyable, good food for the whole family using simple ingredients,” he explains.

Jerry grew up and was schooled in Bredasdorp. After matriculating, Stellenbosch and food studies beckoned. He completed a diploma in advances food and wine at The Culinary Academy. Here he was trained in classic French cooking and mastered the traditional techniques which he relies on daily to produce unforgettable food of exceptional quality. He does, however, admit to also making use of modern cooking methods. As he says: “One can learn something new every day.” And he’s clearly not afraid to put new learnings to use. He relishes the opportunity to learn and discover, and apply new thinking, in his career and daily life.

This might stem from a way of learning and succeeding he’d pick up on from role models and mentors on his journey, from passionate lecturers during his years of culinary studies, to many he worked with and got to meet during his career to date.

“My family also drives and inspires me, in some challenging and other more pleasing ways. This is also where I feel I build character and learn new things about myself. I’m still a work in process!” he laughs.
Jerry says that saying a final goodbye to his beloved grandfather, four years ago, was one of the most difficult things he’s ever had to do. “He was such an inspiration to me, and carrying his name, I really strive to become the go-getter he was. We named our firstborn after him, to honour his incredible legacy. He was not a cook like me but was very hardworking, a great sportsman with the heart of a warrior. Hearing ‘his voice’, I’m able to take on any challenge with the passion I witnessed in him.”

When it comes to his own ambitions, he explains in his humble manner that for him, it’s all about others. “It makes me so proud, whenever I witness someone succeed in what they set out to accomplish, and knowing that I played a part in that.

“I definitely strive to operate at an optimal level and like to inspire others to do so too. I’m passionate about people and my ambitions centre on being able to teach people to be the best they can be. I have a lot of energy and am very passionate about releasing that into the positive development of people. I am also curious about others’ perspectives, attitudes, and approaches. I learn a lot from others and then apply it. I am a doer – very task-driven and efficient, if I may say so myself.”

Jerry reckons that Sauvignon blanc is perfectly suited to almost any occasion and enjoys it on a regular basis when not working. He also loves a four- to five-year-old Pinotage with a typical South African braai or traditional bobotie. He counts home-cooked stews, curries and homemade lasagnas as some of his favourite dishes – a clear indication of his love for nostalgic food.

A self-confessed family man, Jerry lives in Franschhoek with his wife Nadine and two busy boys, Leo and Licas. Spending time with his family is a favourite activity, as is cycling, field hockey and some time on the couch with the family watching a good comedy. They are keen campers, and when they do have time to go on longer holidays, they visit Plettenberg Bay, or head to neighbouring Namibia to take in and experience the splendid vistas of the desert, the vast beaches and the wild.

31 October 2021 - Switch on your senses and get ready to discover our newest wine that’s been quietly maturing in our cellars: Double Barrel Reserve, a modern, silky-smooth and full-bodied Bordeaux-style red b...

Nederburg has a Fab new Red-Winemaker

10 September 2021 - At first glance, it seems an unlikely jump. How would a proof-reader, originally from Klerksdorp in the north of the country wind up making wine for the Cape’s most decorated cellar? Ask Zina...

05 August 2021 - Nederburg Wines is spending close to R1-million to encourage diners to return to their favourite licenced eateries in a campaign primarily designed to boost the beleaguered restaurant sector. ...

Nederburg, one of the Most Admired Wine Brands in the World

25 May 2021 - For the fifth time, Nederburg features on the esteemed World’s Most Admired Wine Brands list this year, in 34th position. It’s the highest placed of just two South African wine brands t...

17 May 2021 - Step into winter and make your way to Nederburg’s The Manor in Paarl for laid-back wining and dining in a breath-taking setting overlooking lush vineyards and the majestic Drakenstein Mountai...

Seasoned Winemaker Samuel Viljoen is The New Cellar-Master at Nederburg

01 October 2020 - Nederburg would love to welcome you to its beautifully reimagined manor house in Paarl, now known as The Manor! Get your fix of fresh country air, beautiful scenery, wide open spaces, as well as so...

17 July 2019 - Seasoned, award-winning winemaker Lizelle Gerber is joining Nederburg Wines in Paarl as its new cellar-master, from 1 August. Nederburg, one of South Africa's most pedigreed names in wine,...

Mondays to Sundays (except Tuesdays when The Manor is closed): 09:00 to 16:00
(Open in the evenings for once-monthly themed dinners)