The 300 seater Chiefs Boma African Dining Experience Restaurant, located in the tranquil indigenous gardens of the Indaba Hotel, Spa & Conference Centre caters for all tastes. Cuisine is truly African from the North African Moroccan Dishes to Koeksisters and Melktert from the Cape. With over 120 dishes, everyone will find their favourite.


The Boma also boasts a “Shisa Nyama” grill where our Chefs will prepare your preferred cut of meat, carefully selected by our on-premises butcher, to your specification – a great combination of Buffet and Tailor-made Cooking to suit all tastes. A variety of game meats including Springbok, Impala, Ostrich and the Boma Signature “Big 5 Kebab” is also offered.


Enjoy Sundowners or Craft Beer on the deck overlooking the Boma Dam or meander through the Boma Herb Garden before sitting down to enjoy your meal to the sounds of the Resident African Marimba Band – and when all is done, enjoy a glass of red wine or roast a marshmallow over Boma Fire. 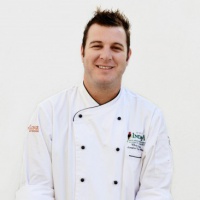 Our Executive Chef, Christopher Groves joined the Indaba Team in 2008 as an Executive Sous Chef and quickly rose through the ranks to Head Chef of the Chiefs Boma Restaurant where he became renowned for his Beef & Beer Potjie and “Big 5” Kebab.

Prior to The Indaba, Chris worked abroad in numerous Five Star Restaurants and was mentored by the legendary Marco Pierre White, a 2-star Michelin Chef whose work ethos and creativity were an inspiration which Chris incorporates into his daily menus.  Chris also worked on the Queen Mary 2 where he was the Demonstration Chef in the Chefs Galley – a popular restaurant which showcases talented young Chefs.

Chris took over the reins of the Indaba Hotel Main Kitchen in 2011 and added flair and creativity to the menus and food presentation with great success, fast becoming a firm favourite on the local Dining front with the introduction of a new Bistro-style menu in Epsom Conservatory which showcases his talented team and his love of food.

In August 2015, this talented Chef was promoted to Complex Executive Chef, taking on the responsibilities of all kitchens  at Indaba Hotel, Fourways and overseeing Indaba Lodge, Gaborone.

Chris has a number of signature dishes including his sublime Foie Gras Crème Brulee and his melt in the mouth Lamb Mediterranean which never fails to impress.

Our Must Try Meals! 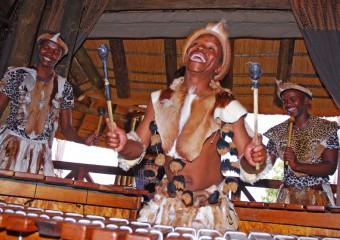