Homespun At The Andros Hotel

The newest addition to the Homespun family!

The Homespun journey started in Blouberg. The restaurant was built out of the creative mind of Matt Schreuder. After several years of experience in top Michelin star restaurants across the globe, Matt came back to his home town to open his dream restaurant: Homespun by Matt Blouberg.

Homespun was thoughtfully designed to transport you away from the stress of the outside world. We offer a unique adaptation of European cooking methods, influenced by Asian, South African and worldly flavours.

After 6 fantastic years of growing and thriving with passion, Matt decided to take his journey to the next step and open a second restaurant in the Southern Suburbs.

Homespun at the Andros is therefore the result of an ever-growing journey in the culinary scene, pushing the boundaries of imagination, and taking you through an incredible adventure of flavours while seated in a comfortable, relaxed environment and surrounded by the pristine grounds of the Andros Boutique Hotel. 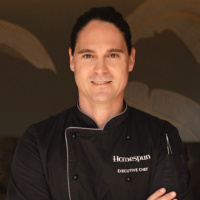 Unpretentious - from scratch to passion

Our unique fine-dining and culinary experience is the product of Matt’s undeniable love for hospitality and years of exposure to the industry.

At just twelve years old, he was forced to waiter at his father’s restaurant to atone for burning down the family’s Wendy house. What started as punishment turned into passion, and he worked his way up until he was the manager. It became a dream of his to one day open his own restaurant, so he went off to Europe and later Asia to hone his knowledge in top-class western and eastern cooking as well as hospitality.

He then returned home to South Africa and began spinning his dream into reality, using the many threads of his experiences, locally and abroad, to create Homespun by Matt.

22 April 2022 - Anlou Erasmus is the new head chef of Homespun Claremont. He studied at Chef Training and Innovation Academy and started his career with his first internship at Asara wine estate where he was hired...

Join us for Breakfast and Lunch at Homespun Claremont!

10 March 2022 - Join us for a beautiful meal on our Patio at Homespun Claremont while the sunny days are still around. Our operating hours are as follows: Breakfast from Monday to Sunday from 7:00 unt... 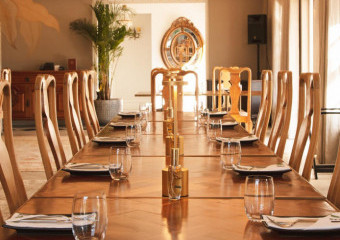